Darfur and the denial of the Armenian Genocide, June 27 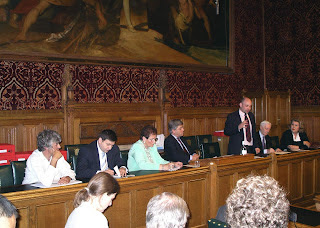 Posted by Eric Avebury at 10:34 PM No comments:

Monday, People-smuggling via Spain: I asked whether any new proposals had emerged from the EU-Africa conference held in Spain the previous week, at which the FCO was represented. In particular, had any progress been made with the EU-Africa action plan on migration and development, which seeks to involve both the countries of origin and transit in solving this problem.
The Minister, Baroness Royall of Blaisdon, didn’t have the results of ‘that very important meeting, which took place in Madrid between officials’.

www.publications.parliament.uk/pa/ld200607/
ldhansrd/text/70626-0001.htm#07062655000003
Tuesday, China:Darfur: I asked whether, at the day before’s high-level meeting in Paris, the Chinese delegation had made any statement in support of the hybrid force, and whether the Minister thought that in view of the slight change in China’s attitude we could rely on Beijing in future to help sort out any difficulties that may arise with the deployment.
The Minister, Lord Triesman replied that the Chinese had supported the concept of the hybrid force for some time, hadn’t varied that position yesterday, and were unlikely to do so in the future. He didn’t say whether he thought they would be helpful ironing out any problems with the deployment.

http://www.publications.parliament.uk/pa/ld200607/
ldhansrd/text/70627-0001.htm#07062768000006
Wednesday, Zimbabwe: I asked whether, considering that SADC and President Mbeki in particular had ignored the successive resolutions of the Inter-Parliamentary Union on the violation of the human rights of opposition parliamentarians, the current efforts by President Mbeki to negotiate a solution would be even-handed and will give the opposition a fair chance in any future electoral test. What did the Minister know about SADC’s policy on the millions of destitute refugees flooding into its countries and the destabilising effects on the whole region of the economic meltdown he had mentioned?
Lord Triesman said that some very poor countries in the region were absorbing and supporting a very large number of refugees with a great deal of pain. He didn’t want to say anything negative about President Mbeki’s efforts, considering that he had managed to bring together government and opposition, but he feared that with the perpetual violence visited on the opposition, their capacity to take part in a free and fair election, would be so greatly diminished that they could never be on a level playing field.

www.publications.parliament.uk/pa/ld200607/
ldhansrd/text/70628-0013.htm#07062875000012
Thursday, People Trafficking: Speech too long to summarise, and not a very informative reply from Steve Bassam
........
I had a query from a correspondent about my appeal to the Information Tribunal, seeking full disclosure of the dates of contacts between Mr Blair and Mr Murdoch, which I had said would be heard at the end of March. The timetable was put back at the request of the Treasury Solicitors, and they no doubt had it in mind that Mr Blair would by now have left the scene. But watch this space.

Other meetings this week:

And the big event of the week, Gordon Brown’s reshuffle, from a worm’s eye point of view? By the close of play there was no news on whether Liam Byrne was still in post as Minister for Immigration, or who would replace Patricia Scotland as Home Office Minister in the Lords. No news either on whether David Triesman will carry on as FCO Miniter in the Lords. For the Grand Committee on the Borders Bill starting on Monday, we seem to be left with Steve Bassam. We shall miss Valerie Amos as Leader of the House, but Cathy Ashton is an excellent appointment. Ed Balls, a former Maurice Lubbock Memorial Lecturer, has been appointed Secretary of State for Children, Schools and Families.
Posted by Eric Avebury at 10:21 PM No comments:

Refugee Council event: with refugees from Georgia & The Gambia 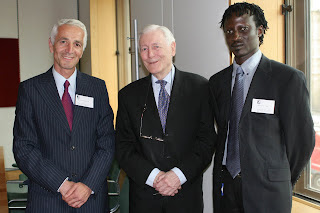 Posted by Eric Avebury at 2:37 PM No comments:

Two old fogies on the bench 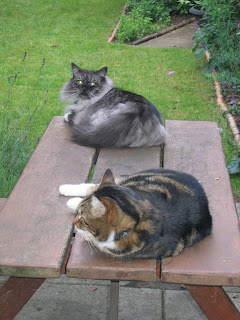 Posted by Eric Avebury at 10:23 PM No comments: 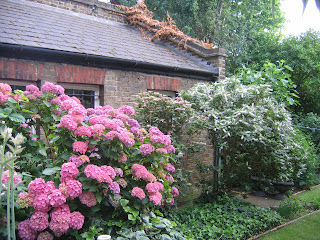 Posted by Eric Avebury at 10:21 PM No comments:


More powers for immigration officers, biometric documents for everyone with limited leave to remain, inadequate protection for children, and a promise of ‘simplification’ – but watch out for an attempt to give Ministers power to alter the Rules without coming to Parliament.
Posted by Eric Avebury at 1:16 PM No comments:

Making it difficult to get a passport

People applying for new passports now have to undergo interviews and have their fingerprints taken. When the Government first announced the initiative, they said that people living inremote areas not serviced by one of the 67 interview offices wold be able to give the interviews over a webcam link, to save them the inconvenience of travelling long distances. It now turns out that there will be no webcam links for people living on the island of Anglesey, and they will have to travel to Bangor at their own expense.
Posted by Eric Avebury at 12:16 PM No comments:

With Margaret Moore at the formal re-opening of the Downe Village Hall today.

The Hall was built by my great-grandfather Sir John William Lubbock FRS in 1850. An astronomer and mathematician, he lectured in the Village Hall on the discovery of the planet Neptune by his friend John Couch Adams in 1861. My grandfather Sir John Lubbock FRS also lectured frequently in the Village Hall starting in 1855 with a paper on the wire worm, and it was partly on the strength of his discoveries concerning this creature (don’t ask me!) that Darwin recommended him as a Fellow of the Royal Society, to which he was elected at the record early age of 24. He used the Village Hall as a test bed for his ideas on education and public libraries, as well as his scientific research, and it is agreeable to imagine him and his father before him discussing all these matters with the residents of Downe.
Posted by Eric Avebury at 9:33 PM No comments: 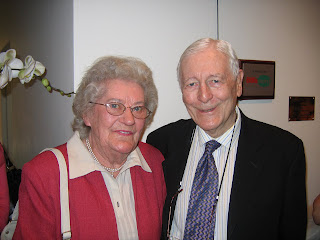 Posted by Eric Avebury at 9:31 PM No comments:

At Foyle's - Carlos Reyes' photographs and poems on the Western Sahara 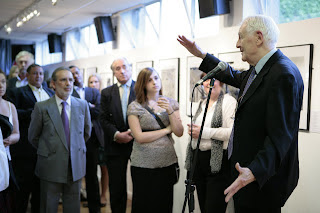 Posted by Eric Avebury at 12:18 PM No comments: 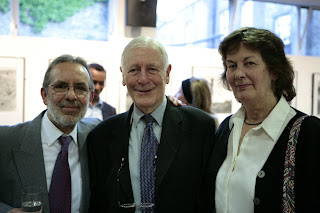 Posted by Eric Avebury at 12:17 PM No comments:

I was mystified by Patricia Scotland’s answer to my question about the treatment of Darfurian asylum-seekers following the case of AH and others in the Court of Appeal on March 20-21, 2007. She claimed that it was subject to appeal, though more than two months have elapsed since the hearing. If an appeal had been lodged, she wouldn’t have gone into detail about the substance of the case, whereas she said it turned on whether it was legitimate to require an asylum seeker whose fear of return to his home are was reasonable, to relocate to another part of his country where his standard of living would be lower. In that regard, the comparison was between subsistence farming in Darfur and living in a camp or squatter settlement in Khartoum. It was not merely a simple comparison between standards of living, but whether the conditions in the supposed safe haven were so radically inferior as to make a reasonable existence impossible.

I asked David Triesman whether, in his discussions with President Mbeki, the Prime Minister had raised the vote by the Pan-African Parliament— by a majority of 149 to 20—to send a fact-finding mission to Zimbabwe whether he thought that President Mbeki and the other leaders of SADC could make a significant move forward if they pressed the ZANU-PF regime to accept that mission. He replied that it was hard to know what would impress Mugabe, but the Prime Minister had told President Mbeki that:
“African governments should also hold other African governments to account. In Zimbabwe, decades of repression have forced up to one third of the country to flee”.
President Mbeki understood the UK’s position.
Posted by Eric Avebury at 12:16 PM No comments: 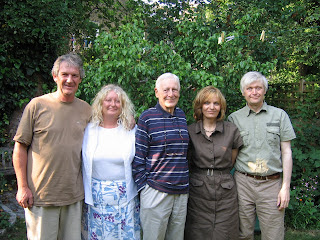 Posted by Eric Avebury at 8:31 PM No comments: 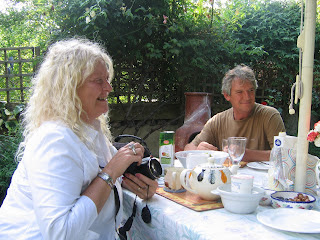 Posted by Eric Avebury at 8:29 PM No comments: 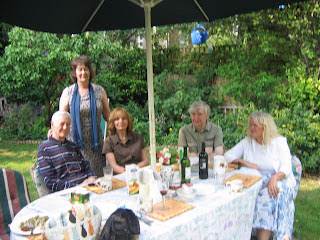 Posted by Eric Avebury at 8:28 PM No comments: 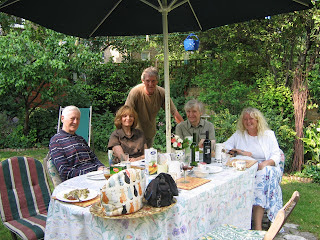 Posted by Eric Avebury at 8:26 PM No comments: