Tomorrow Lord Jenkin of Roding will ask the Government what their plans are for a geological disposal facility for nuclear waste in the United Kingdom.

I hope to get in a supplementary about the 100 tonnes of plutonium stored at Sellafield, to follow up a letter I wrote the Secretary of State on September 23, see below.

If Parliament is to assess the relative merits of the alternatives for disposal of the large stocks of plutonium, it is essential that there is transparency on the costs of storage. This consideration must override commercial confidentiality, and the Freedom of Information Act must come into play if necessary.

Congratulations on your speech to Conference, and particularly your reiteration of our commitment to a low-carbon economy. I’m so glad you are Secretary of State!

The Nuclear Decommissioning Authority held a consultation on the long-term management of the UK’s 100 tonnes of separated civil plutonium, to which DECC’s reply was published in December 2011.

In answer to my written question in the Lords Dick Newby said:

The estimated costs of storing plutonium at Sellafiels have not been disclosed as a single line in the Sellafield Plan, published on 1` August 2011, as they relate in part to commercial contracts with third parties. The Sellafield Plan (a link to the electronic document is included below) contains a section entitled ‘Safe Storage of Pu’ which provides information on this topic

The concealment of these costs means that Parliament is unable to assess the relative merits of different proposals for dealing with the Pu stocks.

Work has continued steadily on the UK’s preferred policy to re-use the plutonium as MOX fuel for use in new nuclear reactors.

The NDA’s Plutonium Credible Options Analysis says that the present strategy for extended storage (2075 Dounreay and 2120 Sellafield) after which time no plans are developed, is neither prudent nor sustainable in the long term even if it is considered to be technically viable.

Disposal would be contrary to the UK’s 50-year old strategy of separating and storing the plutonium from spent (immobilised) fuel, and it would foreclose the option of exploiting the significant green energy potential of the material. The preferred policy is therefore, as the NDA’s Annual Report 2011/12 says,

…to re-use the plutonium as MOX fuel for use in new nuclear reactors. The NDA also continues to work with the Government and other organisations to examine emerging alternative technologies where these have the potential to deliver a safe, affordable solution within an affordable timeframe.

In the US, the National Nuclear Security Administration (NNSA) ordered construction of a MOX Fuel Fabrication Facility (MFFF), originally estimated that to cost about $1.4 billion and to be completed by September 2004. This has now escalated to $4.9 billion, with MOX fuel assembly production scheduled for 2018, according to the Sovernment Accountability Office [1/usa.gov/MPVfnj]. Apparently the NDA/DECC are under the impression that a new UK MOX plant can be constructed at a much lower cost, but embarking on a project of this size where the costs are to say the least uncertain, may not sit well with the Government’s policy of reducing the deficit.

The alternative is a proposal from GE-Hitachi to build two 300 MW PRISM reactors at Sellafield, shifting the risk from the UK taxpayer to a private funding model based on “pay for performance” under which all the costs of construction would be funded by the US Ex-Im Bank, and a private operator of the plant would be paid to reuse the PU and sell 622 MW of electricity to the grid. This would also eliminate the risk that there may not be any customers for the MOX fuel, as appears possible from the US experience.

The NDA announced on June 12 that they were considering the PRISM option and would reach conclusions by the end of 2012. They would then assess the information and consider how best to proceed aqlongside the preferred option of reuse as MOX.

The NDA continue to assert that PRISM is not a proven technology, but in July GE-Hitachi submitted a 1,000 page feasibility study to the NDA, including an independent assessment showing that PRISM reactors are licenseable The reactors would be located at Sellafield, reducing to a minimum the transport of highly radioactive Pu over British roads, and creating thousands of jobs in an area of high unemployment. This is a great opportunity for the UK to be at the forefront with an innovative technology, that could provide us with a major new source of low-cost green energy while eliminating the substantial costs of Pu storage

I would be grateful if instead of leaving this decision to the NDA, bearing in mind their previous commitment to the MOX solution, you would call it in and decide it yourself, on the basis of advice from independent experts recommended by the Government Chief Scientific Adviser. May I also repeat the request I made to Dick Newby in a letter of July 31, following his answer to my Question already mentioned, that the non-disclosure of the storage costs of plutonium at Sellafield be formally reviewed, so that when the time comes, Parliament can assess the relative merits of the competing proposals for their disposal.

Posted by Eric Avebury at 4:17 PM No comments:

It is sad to record that my sister Olivia died yesterday in Canberra, Australia, just short of her 86th birthday. We were 22 months apart, and were brought up closely together when we were little. During the war years, too, we spent a lot of the holidays with one another at Wildwood, Shanty Bay with Uncle Doug and Auntie B Woods, our wonderful foster-parents in Canada. Back in England at the end ofthe war, she was in the WRNS and I was at Oxford, so our paths didn't often cross, and then after she married Geoffrey she went to Australia. I saw her only on rare trips to Sydney, and when she visited us a few times in England. But we picked up the threads easily whenever we did meet, and the close bonds of childhood lasted a lifetime. She was a gentle, affectionate person who deserved a better hand than she was dealt by life.
Posted by Eric Avebury at 4:05 PM No comments:

Hb 10.2 WBC 4.52 Platelets 546 Neutrophils no result New haematologist examined my spleen, found no enlargement. So she decided not to increase the hydroxycarbamide but wait to see what the platelets are next time, on December 3. Appointment was for 10.00 and I was actually called at 10.55, so I will make a further request for the system to be reviewed.
Posted by Eric Avebury at 10:33 AM No comments: 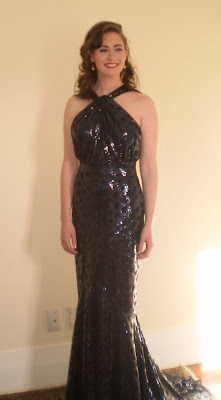 Dear little Olivia. What a star!

Posted by Eric Avebury at 6:45 PM No comments: 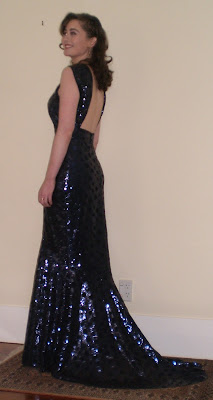 Posted by Eric Avebury at 6:42 PM No comments: 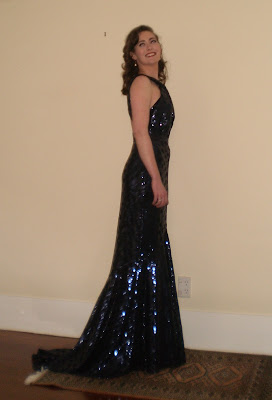 Posted by Eric Avebury at 6:40 PM No comments: 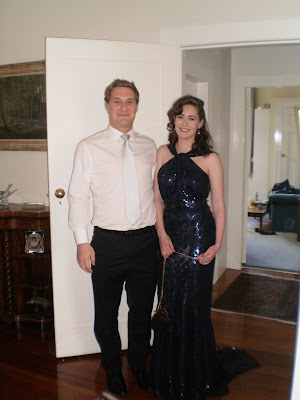 Olivia in her new ball gown, with her friend

Posted by Eric Avebury at 6:39 PM No comments: