Note from Consultant Vascular Surgeon to GP of April 19


"He continues to do very well from his EVAR point of view [EndoVascular Aneurysm Repair, the replacement of the aorta with a plastic substitute, done in 2010]. His repeat duplex scan showed that there is no endoleak with biphasic flow through the stents and the sac measures only 3.3 cm exactly the same as has been done six months ago. His main concern is from the leg point of view he feels that his claudication distance was chronic. It is becoming much symptomatic now. It is at short distance bilaterally affecting the calves".

"It comes at around 30 to 50 yards when he has either to stop or go at a very slow pace. I can see that he had only a scan in 2011 that picked up a left SFA 2 cm occlusion [ie a blocked femoral artery] He had no scans on he right leg. I am arranging for him to have a repeat bilateral arterial duplex scan in a few weeks time and I have booked him to have a repeat EVAR scan in six months' time".

The leg scans are now booked for next Wednesday, June 3,
Posted by Eric Avebury at 2:24 PM No comments:

Note: Hb, WBC and Neutrophils are all at their lowest levels over this period. Hydroxycarbamide is reduced from 5 to 4 times a week until the next consultation in 8 weeks' time.
Posted by Eric Avebury at 10:16 AM No comments: 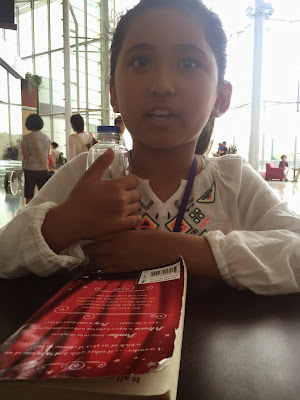 Posted by Eric Avebury at 3:34 PM No comments: 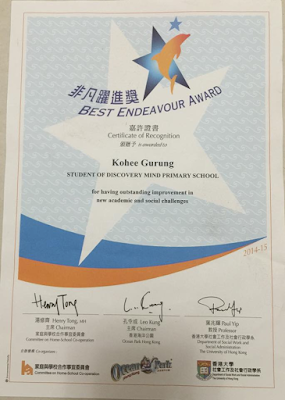 Posted by Eric Avebury at 3:33 PM No comments: 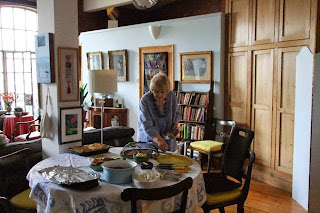 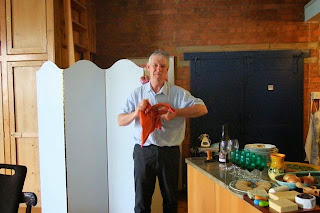 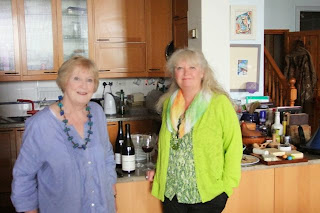 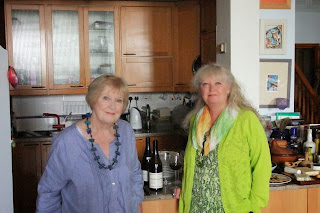 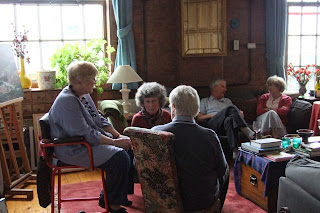 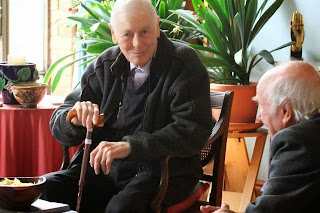 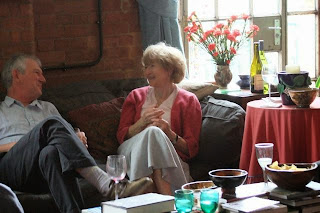 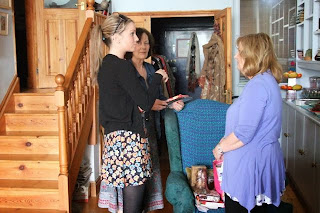 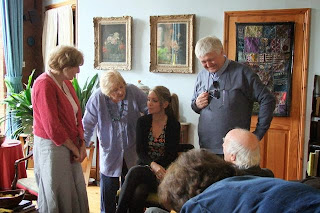 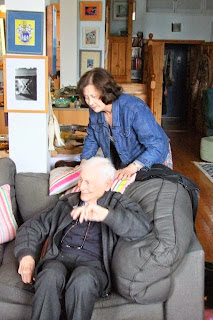 Posted by Eric Avebury at 9:58 AM No comments: 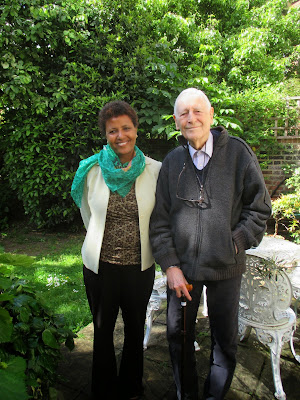 Posted by Eric Avebury at 9:31 PM No comments:

Parliament met for the first time since the election today, for the Commons to elect their Speaker, and for peers to affirm or swear.new oaths of loyalty to the Queen. In he Lords there was the usual arcane procedure at the beginning of a new Parliament, under which Black Rod is sent to fetch MPs to hear a message being delivered on Her Majesty's behalf ostensibly by a Commission of Privy Councillors, but actually read out by the  Clerk. The MPs stand at the bar while the the message is read, accompanied by Black Rod, whose function appears to be purely decorative. On his occasion, however, as they all turned round to leave, the Prime Minister had to dodge a blow from the end of Black Rod's  rod, see https://twitter.com/rosschawkins/status/600296448186515456/photo/1.

A week ago last Sunday night I had a violent attack by a gastric virus and was out of action for most of the week including the Lubbock Lecture at the Oxford University Engineering Laboratories on Friday, given by Professor Hugh Durrabt-Whyte FRS, Professsor of Engineering at the University of Sydney, on Rise of the Machines. He is a world renowned expert on robots, who pioneered the family of methods for simultaneous localisation and mapping - SLAM - of robots in an unknown environment.  Lyulph tells me a video of the lecture will be on the Engineering Department's website in about a week.
Posted by Eric Avebury at 9:18 PM No comments:

Membership of the Liberal Democrats is now at more than 54,417 and increasing every hour.
Since polls closed on Thursday, 9,473 new members have joined the Liberal Democrats!
They are joining right across the country, and they are not just people who've been members before.


Some are people who have never joined a party in the past, but now want to stand together against the things this Conservative government is already threatening to do, such as repealing the Human Rights Act, preparing to leave the European Union and reintroducing the snooper's charter.
Posted by Eric Avebury at 4:26 PM No comments:

In the face of difficult conditions and regular negative predictions, Liberal Democrats remained strong, united and determined throughout the campaign, and our activists worked their socks off.

The result was beyond our worst imaginings, and did scant justice to the years of dedicated service to their community and our party by our MPs and workers, let alone to their tremendous efforts during the campaign itself.

No doubt at all, going into coalition with the Tories in 2010 was the cause of the disaster, but we acted out of concern for the good of the country. Our action then delivered five years of stable government, for which the Tories have been rewarded and paradoxically, we have been punished.

We are incredibly proud of  Liberal Democrat achievements in government, such as:

Posted by Eric Avebury at 7:01 PM No comments:

I note that he was reviewed by Professor M from a cardiac perspective with a view to having knee replacement surgery. He underwent angiography which showed stable disease and that his graphs were still patent. Unfortunately he was told by by the vascular team that they awere a bit reluctant for him to have a total knee replacement because he has such poor blood supply in his affected leg.

From an osteoarthritic point of view his knee is getting progressively worse. He says that he gets pain from certain angles but no locking. He clarifies this further and   said he is fine when he is on the static exercise bike but when he is walking it can sometimes be a little difficult. He has used paracetamol on as as required basis in order to manage his knee pain and has also used paracetamol gel to good effect. He is happy with his pain control regime.

He tells me that things are stable from a haematological perspective and that he has become a little anaemic but at present the plan is to watch and wait.

I examined him today blood pressure 146/59, pulse 66 bpm, saturations 96 on room air, weight 65 kg and temperature 36.4. Examination of the cardiovascular and respiratory systems was normal.
Posted by Eric Avebury at 8:38 PM No comments:

Final day of the campaign
Stronger Economy. Fairer Society. Opportunity for Everyone
Voters face the biggest political decision of their lives
On the penultimate day of the election campaign, Nick Clegg said “you face the biggest political decision of your life”.
With the polls neck-and-neck and no party likely to hold a majority in parliament, voters face the prospect of a new government lurching to the extreme left, the extreme right, or breaking up the country unless they vote Liberal Democrat to anchor Britain to the centre ground.
Nick Clegg said only the Liberal Democrats will provide “stability, unity and decency” after Polling Day, highlighting six ‘red lines’ which must be agreed to as part of any coalition negotiations in the next government. These key policies will benefit millions of people across the country by creating a stronger economy and fairer society with opportunity for everyone.
The Liberal Democrats outlined six 'red lines' during the election campaign covering: education, the economy, tax, health, public sector pay and the environment:
Nick said: “Tomorrow, you face the biggest political decision of your life. Our economic stability, our decent British values of openness, generosity and tolerance and the unity of our United Kingdom are all at stake.
“Without Liberal Democrats to keep the next Government safe, stable and fair, Labour or the Conservatives will be left to run a messy and unstable minority Government, dependent on the SNP on the one hand or UKIP and the DUP on the other.
“The Liberal Democrats will give a heart to a Conservative Government and a brain to a Labour one. Every Liberal Democrat MP makes Labour’s reckless borrowing and the Conservatives’ ideological cuts less likely. And every Liberal Democrat MP is a barrier between Nigel Farage and Alex Salmond and the door to 10 Downing Street.”
We face a second election before Christmas without the Liberal Democrats in Coalition
Britain faces a second General Election before Christmas without Liberal Democrats to provide stability in coalition, Nick has warned.
The Liberal Democrat leader said it would be impossible for a minority government to pass key legislation without signing off controversial concessions to the nationalists and Nigel Farage.
It means a Labour or Tory-minority would collapse if they failed to offer ‘sweeteners’ to the SNP, UKIP or the DUP – or their own backbenchers rejected these backroom deals.
This makes a second General Election in 2015 election almost inevitable without more Lib Dem MPs in parliament.
The warning comes as party analysis reveals:
Nick said: “The last thing Britain needs is a second election before Christmas. But that is exactly what will happen if Ed Miliband and David Cameron put their own political interest ahead of the national interest.
“The only party that will ensure stability is the Liberal Democrats.”

PS My personal suggestions to the Party as to how we can avoid cuts to benefits that will again hit the poorest in society:
Restore the cuts on alcohol duties that were made by Osborne in the first budget, and commission Sheffield University in collaboration with HMRC to assess the revenue that could be raised by further rises in alcohol taxation, and the effects the increases would have on reducing expenditure on  the health and criminal justice systems.
Index taxation on cigarettes and tobacco by 2 more than average earnings index.
Impose taxes on sugar.
Revalue properties for council tax and create higher bands above present limits

Posted by Eric Avebury at 12:16 PM No comments:

What the papers say


Posted by Eric Avebury at 9:48 AM No comments:


Sunday Times, Sunday May 3, 2105:
“Even when the Conservative-Liberal Democrat coalition was formed, many pundits gave it little chance of surviving a few months, let alone five years. But it did survive and this has been a period of political stability that would have been the envy of many majority governments of the past...Mr Clegg deserves to survive and so do his closest Lib Dem colleagues in government. Tory supporters in Labour/Lib Dem marginals may wish to vote for the Lib Dem candidate.”
Labour supporters in Conservative/Lib Dem marginals may also wish to vote for their LibDem candidate. Take Montgomeryshire, for instance!
Posted by Eric Avebury at 4:27 PM No comments:


Why do Messrs Cameron and Milliband always talk about what they are going to do for "working people"? That leaves out children, pensioners, the severely disabled, full time parents, voluntary carers, and people trying to get a job. Life is tougher for them.
Posted by Eric Avebury at 9:26 PM No comments:

Next Friday Liberal Democrats may not be celebrating a great victory, but it will be a lot better than 1970, see https://youtu.be/cq8PMfpA-6g?t=5h40m45s! My prediction that Mr Heath's Government would last no more than 6 months, and that we would regain Orpington, were both wrong.

This time, now that Milliband has definitively ruled out any deal with the SNP, it looks as if there will be a minority Government, and it would be even more likely to suffer defeat in the Commons within six months. But now we have the Fixed Term Parliament Act, early elections can be held only if  a motion for an early general election is agreed either without a division or by at least two-thirds of the whole House, or if a motion of no confidence is passed and no alternative government is confirmed by the Commons within 14 days. None of the Parties will be keen to fight another election soon after this one, so when an inevitable defeat does occur, the opposition might then abstain on a confidence motion, depending on what the polls are then saying. The situation would create a degree of uncertainty that doesn't bode well for the economy.

Posted by Eric Avebury at 1:44 PM No comments: 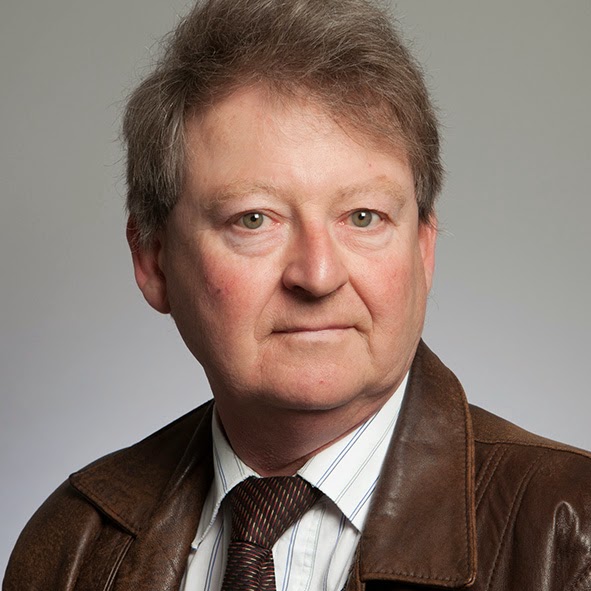 Posted by Eric Avebury at 12:50 PM No comments: