Dinner last night for the four LibDem peers who got to 80 in the last year, a terrific occasion with lots of friends and colleagues, and our Leader in the Lords, Tom McNally, as an urbane and witty master of ceremonies. The other ancients are Bill Ridgers, Dick Taverne and Geoff Tordoff. We're only a little on the wrong side of the average age of the Lords, now 69, and as I always say, 'old' is ten years older than me.
Posted by Eric Avebury at 3:01 PM No comments: 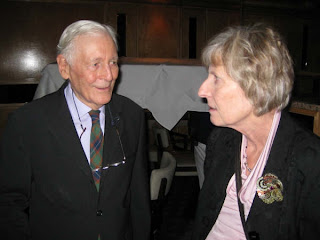 Posted by Eric Avebury at 3:01 PM No comments: 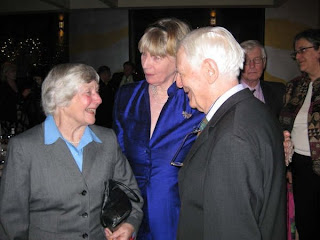 Posted by Eric Avebury at 2:55 PM No comments: 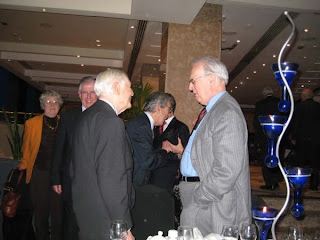 Posted by Eric Avebury at 2:53 PM No comments:

Moanoghar was founded in 1974 in Rangapani, Rangmati Hill Tracts by a group of socially engaged Buddhist monks and laypersons, to provide shelter and education to children in distress and misery, victims from the construction of the Kaptai hydro-electric dam in 1960s and the liberation war in 1971. It continues to provide shelter, foods, clothes, general and vocational education and primary health care to about 600 indigenous poor, orphan and destitute children of CHT. Its message of tolerance, compassion and mutual understanding reflects the traditions and heritage of the CHT and its indigenous people.
Posted by Eric Avebury at 3:42 PM No comments: 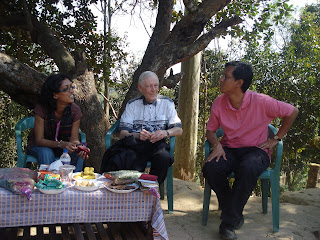 Posted by Eric Avebury at 3:42 PM No comments: 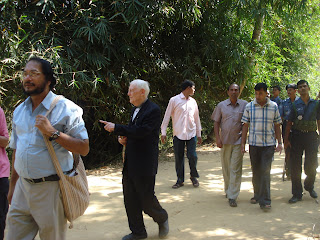 Posted by Eric Avebury at 3:41 PM No comments: 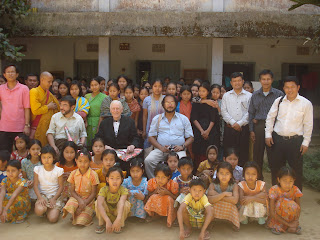 Posted by Eric Avebury at 3:40 PM No comments: 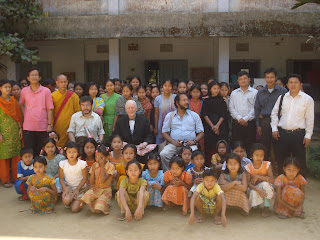 Posted by Eric Avebury at 3:39 PM No comments:

Voluntary Relocation of Bengali Settlers to the Plains
During the field visit of the CHT Commission, many Bengali settlers expressed their desire to leave their miserable living conditions and return to the plains districts, particularly if given conducive assistance by the government. The voluntary withdrawal of a section of the settlers would simultaneously reduce population pressure in the CHT and release the occupied lands of the Hill peoples, contributing critically to the peace and stability of the region.
The Commission therefore urges the government to undertake a viable process of voluntary relocation of Bengali settlers from the CHT to the plains, which protects their dignity and facilitates their proper rehabilitation, making use of a judicious blend of incentives and disincentives. The extent to which settlers would be receptive to such an approach should be pilot tested, as part of the pilot survey in three Upazilas mentioned above.
The settlers willing to undertake voluntary relocation should be provided with free rations for three years at their new location, with additional support in terms of cash grants, employment and training opportunities and transportation. This offer of assistance should be initially made available for a limited period such as one year, with the possibility of further extension. In parallel, the unduly prolonged provision of free rations to Bengali settlers in the CHT should be phased out with due notice, within a year or two. No new facilities and material incentives should be provided to Bengali settlers or new migrants in the CHT by the Government and all such existing arrangements should be discontinued for those not taking up the offer of voluntary relocation and deciding to stay on in the CHT. Restitution of illegally occupied lands of the Hill peoples by Land Commission would provide immense encouragement to the process of voluntary relocation, while releasing resources for their resettlement activities.
The post of Minister for the CHT should be upgraded to full Miniserial status.
The Government of Bangladesh is urged to withdraw its reservations against internationally agreed treaties and conventions for public welfare including ICCPR, ICESCR, CERD, CEDAW, CAT and CRC. 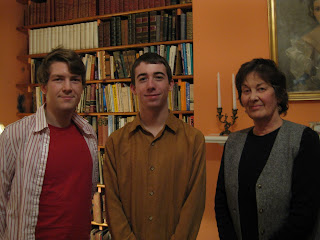 Posted by Eric Avebury at 9:54 PM No comments: 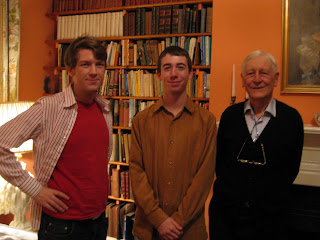 Posted by Eric Avebury at 9:52 PM No comments: 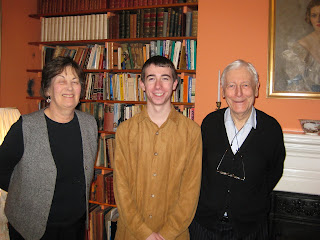 Posted by Eric Avebury at 9:51 PM No comments:

Monday - Vicky Corpuz from the Philippines to lunch, discussion on indigenous peoples. Chaired and spoke at meeting to commemorate the martyrdom of Maqbool Butt in Kashmir. Meeting on Borders Bill strategy.

Tuesday Question on the DRC

Wednesday Ursula to lunch. Veey slow service, so we couldn't even finish our main course before I had to leave for the wekly Party meeting at 14.00. Fielded Questions on Sudan and Zimbabwe, then spoke onsecond reading of Borders Bill, which finished at 21.30.
Thursday, fielded Question on Sri Lanka. Matthew Laclair, the 18-year old New Yorker who reported a teacher at his school for preaching creationism in lessons supposed to be about US history, came to dinner. He was a star guest at the National Secular Society last week.
Posted by Eric Avebury at 11:33 PM No comments: 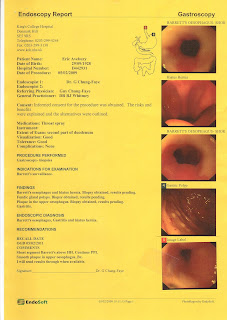 Posted by Eric Avebury at 6:30 PM No comments:

Secularist of the Year 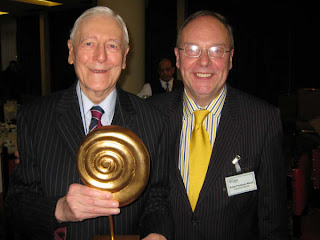 Posted by Eric Avebury at 11:27 PM No comments: 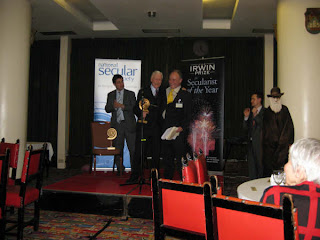 Posted by Eric Avebury at 11:27 PM No comments:

Snowman in the Park 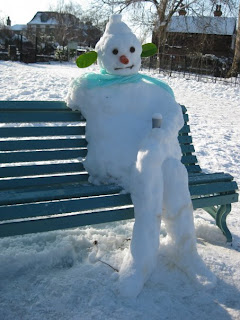 Posted by Eric Avebury at 11:22 PM No comments:

The worst snowfall for 18 years at the start of the week, many parts of the country seized up, and even London without buses, some roads blocked.

Monday, I asked a question about the risks of alcohol to pregnant women. There is a great deal of public information about the harmful effects of smoking, but relatively little on alcohol, even in hospitals and GPs' surgeries.

Tuesday, I got in a supplementary about President Obama's offer of help to Pakistan in combatting extremism, asking whether we had made any similar offer and if we were coordinating with the Americans.

Wednesday, I asked a supplementary to Lindsay Northover's question on Zimbabwe:

Lord Avebury: My Lords, it was depressing that the Minister had to explain yet again to the participants at the AU meeting the actual meaning of sanctions. Did the participants understand that Mugabe himself is the main cause of the bankruptcy and universal starvation of the people of Zimbabwe? In any AU fallback plan that may become necessary as a result of the failure of the SADC initiative, will the first priority be to remove Mr Mugabe from office?

Lord Malloch-Brown: My Lords, when you are trying to make the current plan work, you do not want to undermine it by immediately discussing hypothetical alternatives should it fail. Again, our emphasis should be on making this work. The AU summiteers called for sanctions to be lifted because they believe that they interfere with humanitarian support to Zimbabwe. As the noble Lord observes, I explained to them again that the sanctions are targeted only at individuals and the corporate entities that are controlled by those individuals; they are not aimed against the people of Zimbabwe. Indeed, Britain is the second most generous humanitarian donor to that country, and I suspect that we will be putting in even more resources for humanitarian assistance by routes that we can control, due to the growing crisis.

Thursday, I had an endoscopy at King's first thing, a procedure I had intended to have photographed, but Lindsay's camera battery unfortunately needed recharging. You lie on your side, a hollow tube is stuck down your throat, and a device is poked through the tube to look at the oesophagus, stomach and duodenum, and to snip buts off for biopsies. Some people have anaesthetic for the procedure, but this means yo have to stay at the hospital for hours afterwards. I cycled to the hospital and back, in time to get to Parliament by 11.00, though not to speak for once!

In the late afternoon I was back at King's for a kidney and prostate scan. Although I had drunk a litre of water before the procedure s instructed, it hadn't reached my bladder, so the radiologist only got pictures of the kidneys, which he said were fine.

Today, Saturday, we attended the National Secular Society event at which Evan Harris MP and me were made joint Secularists of the Year for the work on abolition of blasphemy last year. The award was presented by Richard Dawkins, whose brilliant TV filf on Darwin is now available on DVD. The entertainment was a dramatic reconstruction of the famous debate bewteen Huxley and Bishop 'Soapy Sam' Wilberforce in which the Bishop asked Huxley whether it was through his grandmother or his grandfather that he was descended from the apes. There are several versions of the riposte, but the one recorded by Hooker, who was oresent, was that he would rather have an ape as a grandparent than a man highle endowed by nature and possessed of great means and influence, and yet employs these faculties and that influence for the purpose of introducing ridicule into a scientific discussion. Hooker and my grandfather Sir John Lubbock spoke later in the debate 'with great force', according to Huxley. In the reconstruction, the part of Soapy Sam was played by Terry Sanderson, President of the NSS,and he was impressively unctuous!

In my speech of thanks to the NSS I said they might think it incongruous that the London Borough of Bromley was celebrating the bicentenary of Darwin's birth with a service in the parish church of Downe, where the vicar had anathematised the Origin. My grandfather, who was Darwin's next door neighbour and staunch disciple, stopped attending church in Downe, though he still went to church in Farborough, the next door village, and when Darwin died Sir John was instrumental in getting him a state burial in Westminster Abbey.
Posted by Eric Avebury at 7:40 PM No comments: