At our last briefing, we informed the media and the public that the National Electoral Commission (NEC) would undertake a series of investigations and recounts in order to finalize the results of the presidential election run-off. We are happy to report today that the Commission undertook the field work during the period established and is ready today to present its findings. We at NEC are satisfied with the verification process which was undertaken, and are very confident that the official results we are about to announce are indeed those recorded in the polling stations and accurately reflect the will of the voters.

Nevertheless, it is with regret that we report that, despite all the measures taken to hinder electoral malpractices, there were instances where malpractice and fraud were attempted. The system we have instituted at NEC makes it difficult for fraud to be successfully undertaken, but it cannot completely stop those who are intent on manipulating the results from actually trying. This is the reason why NEC needed to be careful with the tallying of results. We are pleased that we have been able to detect malpractices and have taken appropriate remedial action to limit the influence which such acts would otherwise have.

For example, during the verification process we discovered counterfeit results forms which were sent to NEC from polling stations throughout the country. It was not difficult to detect them as they contained a spelling mistake in the title, the word ‘form’ was spelled ‘from’. Three such cases were identified at polling centres 07131 in Port Loko, 11153 in Moyamba and 13056 in Western Rural. The Commission responded by recovering the original forms issued to the stations that contained the true and accurate results. These were then entered into the tally.

There were also attempts at ballot stuffing and ballot-box swapping, but they were detected thanks to the measures put in place and the investigations conducted. Additionally, through the recounting process undertaken with party agents and observers, we were able to either confirm results or uncover various anomalies which were then addressed to accurately reflect the poll.

As reported earlier, the Commission noted polling station results with turn-outs of over 100%. It is impossible for voter turnout in excess of 100% to have taken place without fraud or illegal action. The Commission has been left with no option but to invalidate all results from polling stations reporting over 100% turnout. In all, 477 stations across the country have thus been invalidated, as follows: Kailahun: 90, Kenema: 65, Kono: 9, Bombali: 17, Kambia: 8, Koinadugu: 12, Port Loko: 2, Tonkolili: 6,
Bo: 123, Bonthe: 2, Moyamba: 24, Pujehun: 113, Western Rural: 1 and Western Urban: 5.

It is extremely regrettable to have to invalidate even a single polling station, and it is a decision that the NEC did not take lightly. However, the responsibility for the act of invalidation falls on those who are responsible for the malpractices, it is they who should be held accountable for disenfranchising voters, as there were legitimate votes cast in these polling stations.

NEC will continue to collaborate with the law enforcement agencies in the investigations of all electoral malpractices reported.

There is a very important message arising from these elections: there is no longer a place for fraud and malpractice in the electoral system. The people of deserve to exercise their rights in an atmosphere of freedom, fairness and transparency. This is what NEC strived to provide and will continue to strive for in the future - nothing less will be tolerated. Those who cheated have succeeded in doing a disservice to their respective candidates. They also succeeded in disenfranchising fellow Sierra Leoneans. But they did not succeed in tarnishing either the results or the credibility of the process.

The presidential run-off results by districts:

In exercise of the powers conferred on the Returning Officer by section 37 of the Electoral Laws Act, 2002, I hereby certify that 950,407 valid votes were cast in favour of the candidate Ernest Bai Koroma at that election:

AND Ernest Bai Koroma therefore received the highest number of valid votes cast in the election:

Ernest Bai Koroma has been duly elected President of the at the Presidential Election of 2007.

Posted by Eric Avebury at 10:22 PM No comments: 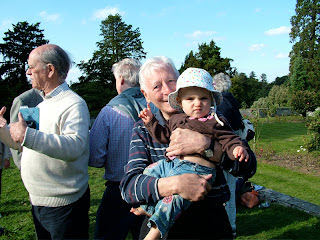 Posted by Eric Avebury at 4:53 PM No comments: 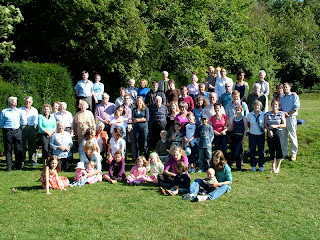 Posted by Eric Avebury at 4:45 PM No comments:

Posted by Eric Avebury at 4:26 PM No comments:

This was the largest annual gathering yet of the descendants of Sir John Lubbock and partners or spoises, with 70 people - photograph by Martin Hawker
Posted by Eric Avebury at 6:33 PM No comments: 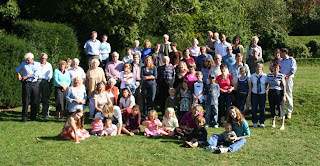 Posted by Eric Avebury at 6:31 PM No comments: 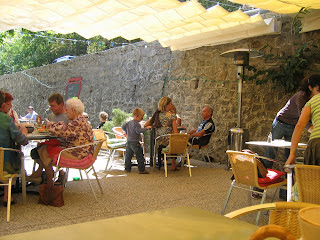 Posted by Eric Avebury at 8:55 PM No comments: 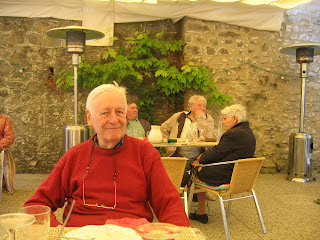 Posted by Eric Avebury at 8:54 PM No comments: 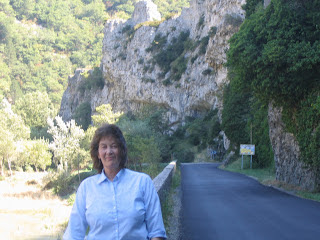 Posted by Eric Avebury at 8:53 PM No comments: 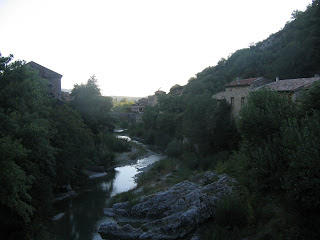 Posted by Eric Avebury at 8:52 PM No comments: 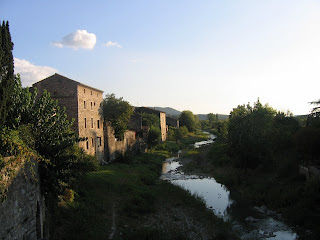 Posted by Eric Avebury at 8:49 PM No comments: 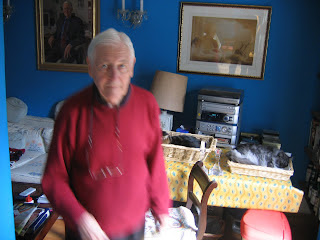 Posted by Eric Avebury at 8:47 PM No comments:

Maurice and Olivia arrived at Heathrow this morning at 07.10 after a 27-hour journay from Auckland, and after a cup of tea at Flodden Road Maurice went to play tennis with Anna, Andrew and JW. He and Anna drew 4-4 against Andrew and JW.

Olivia had a bit of sleep, then played ping-pong this afternoon. They held out for dinner and finally retired at about 21.00.

Yesterday JW and I drew 1-1, today I beat him in the only game we played. So the score is 70 all.
Posted by Eric Avebury at 8:40 PM No comments: 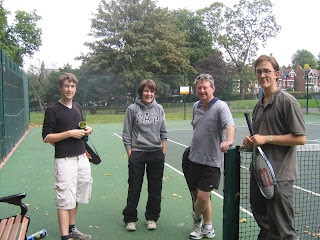 Posted by Eric Avebury at 8:37 PM No comments:

Yesterday's meeting with three members of the Kuwaiti Bidoon Committee. I can only publish a photograph with one of them, as the other two have relatives in Kuwait who they think might be victimised if they were recognised. I blurred the faces using Photoshop, but they were still unhappy about being on the blog at all.

Its almost unbelievable that a rich state denies 100,000 people all the normal rights of citizenship such as access to health, education and every other public service.

UNHCR has been given a mandate to work with governments to prevent statelessness from occurring, to resolve those cases that do occur and to protect the rights of Stateless persons. But according to the UN Committee for Refugees and Immigrants World Refugee Survey 2004, 'there are 120,000 stateless persons known as Bidoon... in Kuwait, denied the rights and benefits that Kuwaiti citizens enjoy'. This report says:

'During 2003, Kuwait made limited progress in addressing the long-standing issue of the stateless Bidoon. The government relaxed the 2,000-person annual cap to permit 5,500 Bidoon from three special categories (sons of female citizens married to Bidoon, those whose male relatives are citizens, and wives of citizens) to apply for citizenship. In another positive step, the government naturalized 1,600 Bidoon. Although the law allows the change of status for up to 2,000 Bidoon each year, Kuwait lowered the cap to only 600 persons in 2002'.

'The Ministry of Defense also approved citizenship for some 400 Bidoon who fought against Iraq during the 1991 invasion of Kuwait, shelving another proposal to naturalize posthumously those whose remains had been identified. If approved, naturalization of Bidoon killed in action would allow surviving family members to become Kuwaiti citizens'.

Its time this problem was dealt with firmly, and we will see what can be done to speed up the process of getting the Bidoons recognised as citizens. 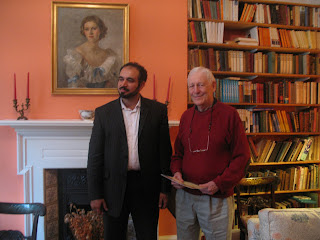 Posted by Eric Avebury at 5:41 PM No comments: