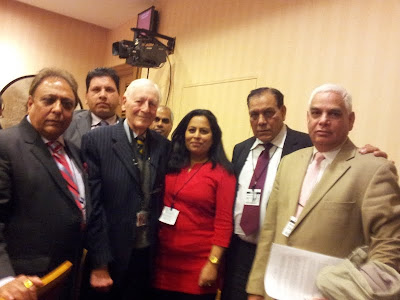 At the packed two-hour meeting of the Anti-Caste Discrimination NGOa in Committee Room 4A on Wednesday November 28, 2012. The participants approved a demand that the Government implement S 9(5)(a) of the Equality Act, to make caste a protected characteristic and thus make caste discrimination in employment, education and the provision of goods and services unlawful. This demand has now been sent to the Rt Hon Maria Miller MP, Secretary of State for Culture Media and Sport (and to the junior Minister in the Lords). Baroness Thornton attended the meeting and said she would draw the attention of the Shadow Minister in Equalities, Yvette Cooper MP, to the demand, and she was confident it would be endorsed by the Rt Hon Ed Miliband MP, Leader of the Labour Party.

On this matter I have acted in my individual capacity and not as spokesman of the Liberal Democrats, though of course the Party supported me when I moved the amendment on the Equality Bill which became S 9(5)(a). It should therefore be a formality to get the Party to endorse the demand, but it bwill be necessary to go through the motions because it wasn't part of the coalition's agreed programme.

Posted by Eric Avebury at 9:07 PM No comments:

I wasn't expected at haematology clinic this morning because the change of date I had requested wasn't recorded, but a consultant saw me anyway. The platelets had gone up from 520 to 560 since the previous blood test, so the hydroxycarbamide is increased from 5 to 7 days a week. Haemoglobin was unchanged at 10.2; it tends to be reduced by hydroxycarbamide, so the overall result is satisfactory. WBC and neutophils weren't mentioned, but I'll ask GO for charts. I did say I would like to speak to other patients with myelofibrosid and the mutation W515L if there are any on the books at King's and they can put us in touch without breaching medical confidentiality.
Posted by Eric Avebury at 9:47 PM No comments: 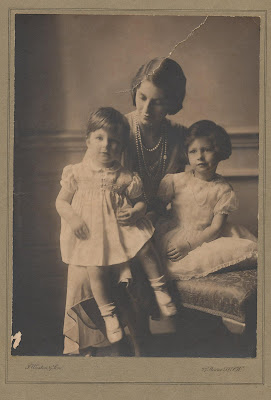 My mother, me and my sister Olivia, who died on October 27, a few days short of her 86th birthday. She had some very hard experiences in her life, but I have the happiest memories of our childhood together before the war.

Posted by Eric Avebury at 11:30 PM No comments:

At the ITMB Annual Conference 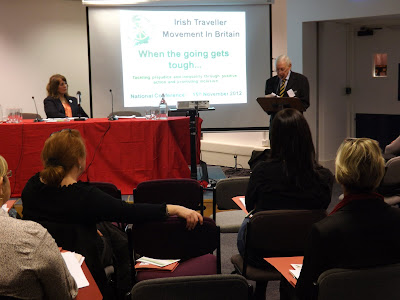 Last Thursday I was the keynote speaker at the Irish Traveller Movement in Britain Annual Conference. There was a record attendance and some really useful contributions.

Posted by Eric Avebury at 12:40 PM No comments:

Yesterday at the ITMB Annual Conference 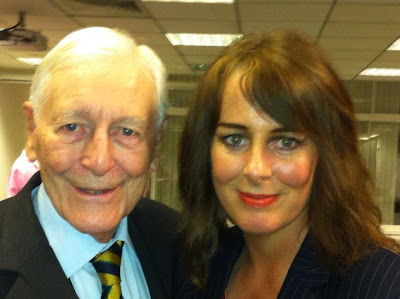 With the Chair, Pauline Anderson. The meeting was a great success and the best attended ever!

Posted by Eric Avebury at 11:44 PM No comments:

On November 5, 31 Bahrainis were deprived of their citizenship arbitrarily, without notice and without judicial process, contrary to customary international law. Article 13 of the Universal Declaration of Human Rights says that everyone has the right to a nationality and no-one shall be arbitrarily deprived of his nationality.

The victims can appeal these decision, but there is no point. The king has absolute power to grant or rescind citizenship, and the courts wouldn’t dream of overturning his decisions.

No wonder that hundreds of Bahrainis demonstrate against the government every day. Even after a total ban on meetings they continue to turn out after Friday prayers. The ruling family’s assault on the rights of the people provokes their hatred, and they are calling for regime change. The ancestors of the royal family came from Zebara in the 18th century, so the chant on the streets is

Your visit is finished – go back to Zebara

In Arabic it rhymes:

The US State Department repeat their call to the government of Bahrain to create a climate that is conducive to reconciliation, to meaningful dialogue, to reform, to bring peaceful change.

Britain also calls for peaceful dialogue, but many of the leaders of the opposition are serving life sentences in prison, among them Hassan Mushaima, leader of the Haq movement and Abduljalil al-Singace, the head of its human rights bureau; Abdulhadi al-Khawaja, a leading human rights activist.

Nabeel Rajab, head of the Bahrain Center for Human Rights, is imprisoned for three years for a remark he made on Twitter.

The Bassiouni Commission, which examined hundreds of human rights abuses following the uprising that began in February 2011, recommended that political prisoners should be freed and compensated for the torture they suffered.

Prince Salman, the crown prince, gave the Foreign Secretary William Hague a personal commitment to an inclusive political dialogue. This can’t happen while most of opposition are behind bars.

Now the provocative and unlawful deprivation of these people’s citizenship, with the threat of more to come, makes it harder than ever to start a dialogue.

Our Government needs to tell the hereditary autocrats of Bahrain that the long-term peace and stability of Bahrain can’t be achieved by killing, torturing and arbitrarily imprisoning human rights and political activists.

Bahrain and the other Gulf monarchies need fundamental reforms that transfer power from permanent autocrats to the people, as in Tunisia, Libya, Egypt and soon we hope, Syria.

Britain should line itself up with the future, and not with anachronistic family oligarchies.

Posted by Eric Avebury at 2:10 PM No comments: 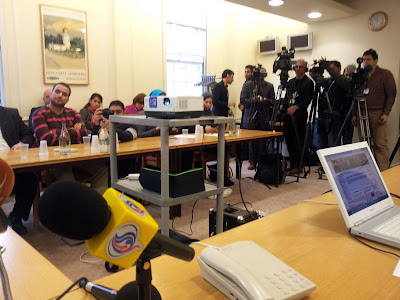 Press conference this morning to discuss the Bahrain government's unlawful deprivation of 31 people's citizenship. There was no judicial process, contrary to the comstitution and to the Universal Declaration of Human Rights, and there is no practical possibility of an appeal because firstly no grounds were given for this measure and secondly, everybody knows that it was decided by the king, whose word IS the law. I was interrviewed by al Jezira and it was on their news bulletin at 21.00 this evening

Posted by Eric Avebury at 11:01 PM No comments:

This morning I had the regular six-monthly EVAR surveillance. This is to check that the Endovascular Aneurysm Repair performed on July 19, 2010 is still working.

The plastic aorta is joined to the main artery coming from the heart at the top, and to the two branches going into the legs at the bottom, leaving the original aorta surrounding it to collapse.

They need to make sure there isn't any leakage at the joins, and so far there hasn't been any problem.

Posted by Eric Avebury at 7:20 PM No comments:

On November 5, 2012 at around 10.00, defence witness Shukho Ranjan Bali was abducted from the International Crimes Tribunal premises.

He was coming to testify for the accused Allama Delwar Hossain Sayedee.

As the car taking Bali and the senior defence counsel Mizanul Islam approached the Tribunal, uniformed policemen stopped it for a security check at the entrance. The police said they had instructions not allow anyone except designated lawyers to go inside the Tribunal Room.

As Mizanul Islam was explaining that Bali was a defence witness, a group of plain-clothes men approached the vehicle, grabbed Bali and tried to pull him out of the vehicle. Islam and his associate counsel tried to prevent them and called the uniformed policemen who were silently observing the unfolding event.

At this point one of the plain-clothed men identified himself as member of the ‘Detective Branch’ and said that he had instructions from the ‘higher authority’ to take the witness away. They then removed him from the vehicle and forced him into their car.

Islam’s colleague Shohag Banna asked where they were taking Bali, and was told that it was to the Detective Branch head office at ‘Minto Road, Dhaka’. The uniformed policemen made no attempt to intervene.

Defence counsel believed these plain-clothes men belonged to the ‘Rapid Action Battalion’ an elite security agency, in view of the similarity of the incident to others in which the RAB were known to have been involved.

Bali was both a victim and eye witness to crimes committed in 1971. He saw his brother Bisha Bali’s murder and arson which destroyed their village.

Mizanul Islam tried to file an official complaint (known as a ‘General Diary’ or GD) with the Shahbagh Police Station on the evening of the incident, November 5, but the police refused to accept it. They also refused to say why they were refusing to accept the GD. a legally obligation.

An urgent application before the High Court Division of the Supreme Court of Bangladesh was filed seeking direction upon the government to produce Bali (Writ of Habeas Corpus under Article 102(2)(b)(i) of the Constitution of Bangladesh) on November 6, 2012 and the Court fixed the hearing date as November 7, 2012. At that hearing the Deputy Attorney General appeared before the court and informed it that the Attorney General himself would appear on behalf of the Government, but not at that time due to personal difficulties. The Court felt obliged to postpone the hearing and fixed November 11, 2012 for the next hearing.

On November 8, 2012, the Chief Prosecutor held a Press Conference at which he alleged that the defence had engaged in ‘False Propaganda’. He claimed that the witness Bali was hiding due to intimidation by the defence team. He further claimed that Bali’s daughter Shukho Ranjan Bali had filed a General Diary with Police confirming that he was being so intimidated. The Prosecutor referred to GD No. 773 filed on February 25, 2012, almost 10 months previously, in the ‘Undur Kani Police Station’, according to the Investigation Officer’s deposition of August 5, 2012.

The Prosecutor did not say why Bali was not able to file the GD himself, nor could he say where either Bali or his daughter were now.

Knowing the fate of others who have been abducted by RAB in the past, if Bali has come to any harm, command responsibility will rest on senior law enforcement officials, and on those who were in charge of the Tribunal’s security.

A detailed account of this event by David Bergman: http://bit.ly/TRLjMW

Posted by Eric Avebury at 7:01 PM No comments: